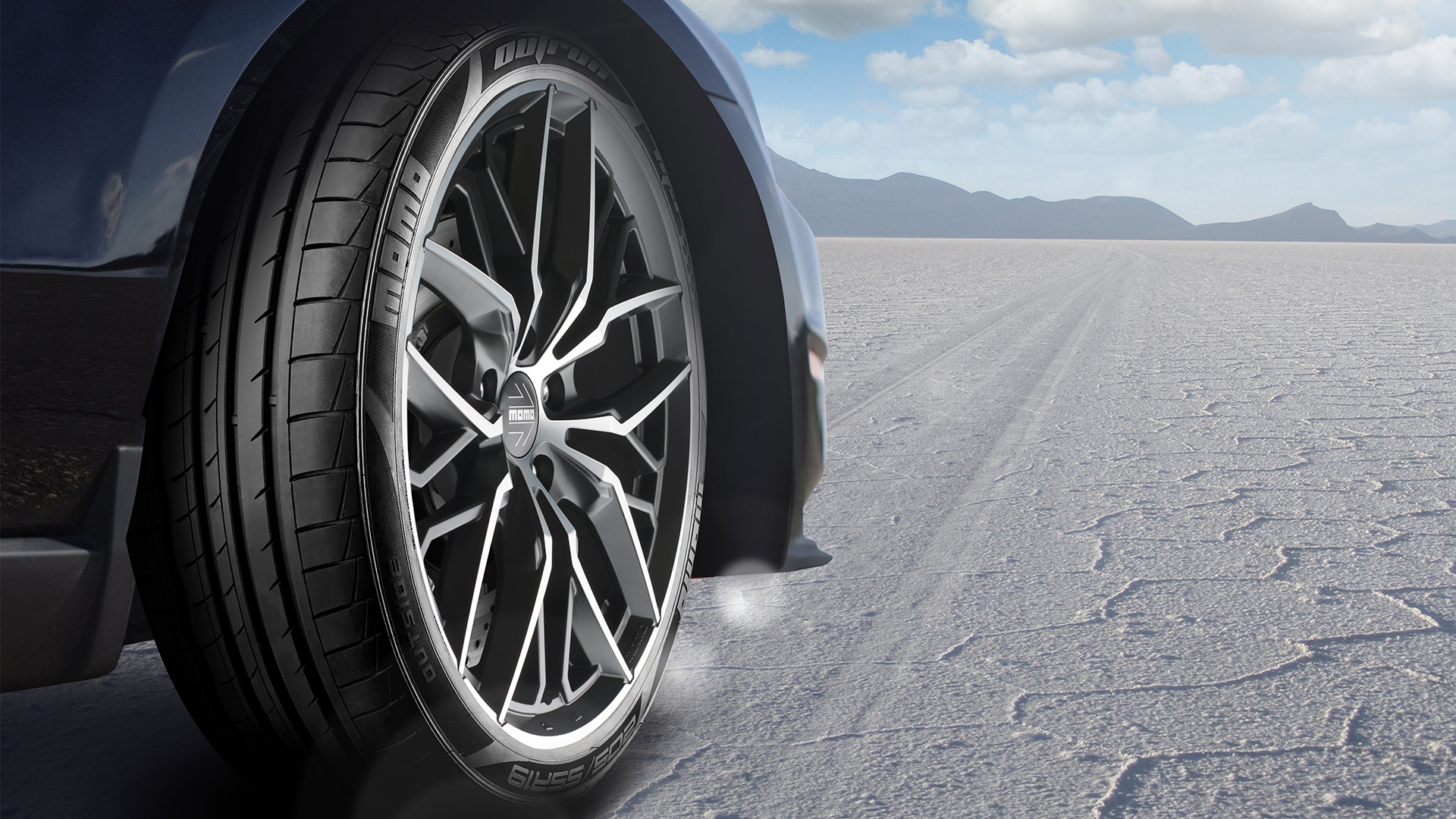 Kansas City, MO. – MOMO is proud to announce its full range of tires for passenger cars, light trucks and SUVs is now available in North America. Initially launched late 2012 in Europe, MOMO Tires have been received with tremendous success as it continues expansion worldwide. The strategically planned North American launch is anchored by a newly established corporate office based in Irvine California and led by Gianluca Grioni, a tire executive with more than twenty years of industry experience.

“It has been an exciting year for MOMO,” said Norm Young, President and CEO of MOMO Automotive Accessories. “The introduction of such a prestigious tire line expands our position as a leader in the automotive industry. No other company has such a comprehensive offering of high performance tires, wheels and racing accessories.”

MOMO Tires will be on display at the WELD booth (no. 20365) at the 2017 SEMA Show. Visit MOMOtires.com for more information on the MOMO Tires line.

MOMO was founded in 1964 by race car driver Gianpiero Moretti. In that year, Moretti commissioned a local craftsman to produce a custom steering wheel for his own racing car, providing superior grip and control. Since 2005, MOMO has been headquartered in Milan, Italy with a subsidiary in the US, MOMO USA. The MOMO brand continues to be inspired by simple yet strong values: product quality, superior craftsmanship, maximum safety standards and the highest performance levels. MOMO and MOMO Tires are part of the Cisneros Corporation

Cisneros Corporation is a third generation global family enterprise led by Eduardo, Andres and Henrique Cisneros.  Conceived in 1929 by Diego Cisneros and championed by Ricardo Cisneros, the three brothers continue to grow and push new boundaries. With experience in numerous industries across media, telecom and consumer goods, Cisneros Corp. leverages its vast experience to find and create opportunities around the world.