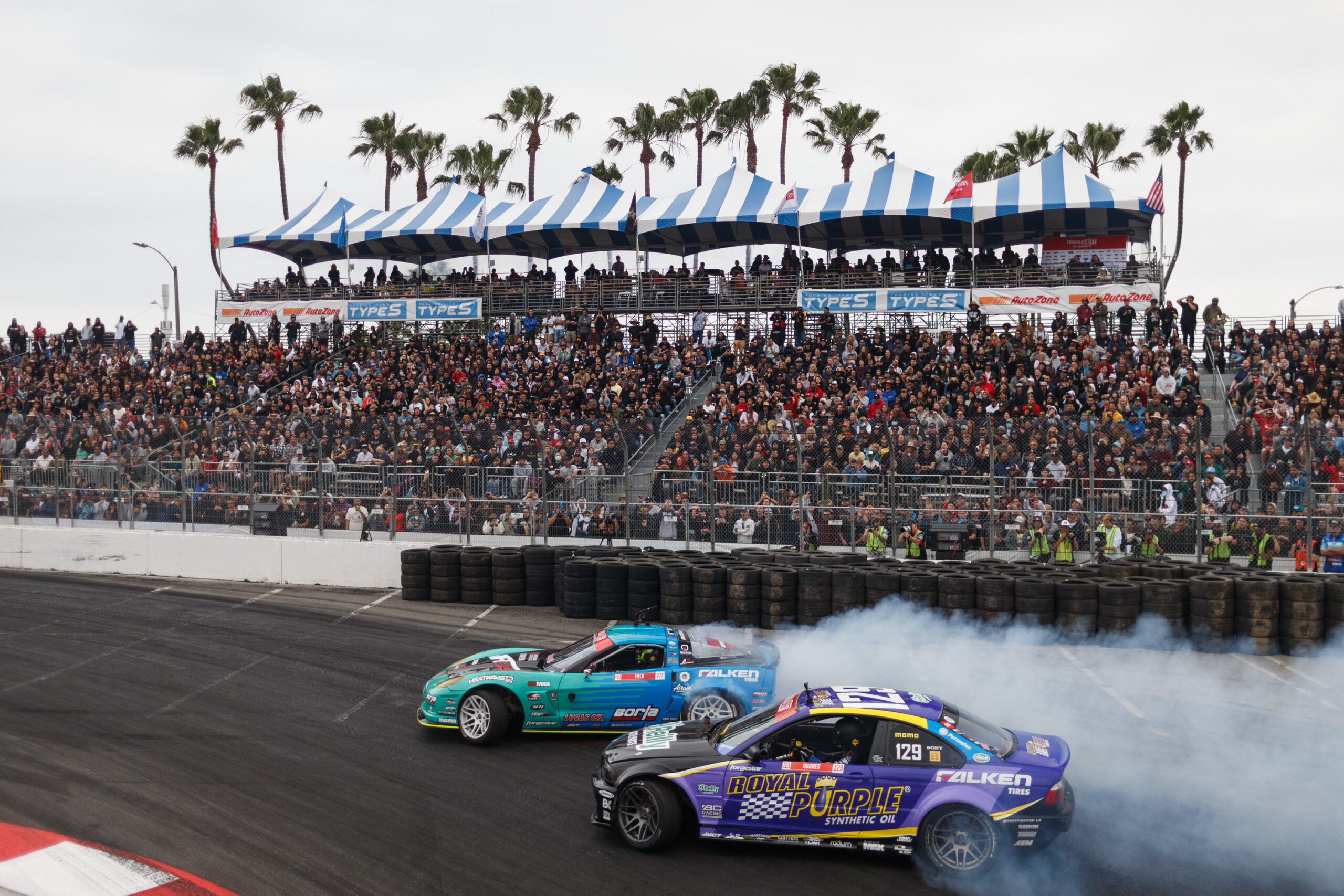 The teams were treated to perfect drifting weather for Round 1: AutoZone Streets of Long Beach presented by TYPE S, with a warm, sunny qualifying session on Friday followed by overcast skies on Competition Saturday.

MOMO Motorsport and Forgestar drivers Matt Field and Dylan Hughes delivered in the qualifying with Hughes securing the sixth seed while Field returned in the Drift Cave / Falken Tire C6 Corvette and qualified third, maintaining his momentum from a very strong 2021 Championship challenge.

Following an impressive sixth place qualifying result, rising star Dylan Hughes drew veteran driver Justin Pawlak in the Top 32. Hughes went unchallenged in the first battle as Pawlak was forced to retire due to mechanical issues, ascending Hughes to the Top 16. From there, Hughes defeated Wataru Masuyama, rising to Top 8 class competition. His day would end following an intense battle against teammate Field.

Widely considered as a prominent contender for the 2022 title, Field began with a Top 32 contest against Mike Power. Unfortunately, problems with the Power Racing Nissan Silvia resulted in the car running slowly ultimately leading Power to retire.

A second-round bye led Field to the aforementioned battle with fellow MOMO and Forgestar driver Dylan Hughes. Field held nothing back in his first match of the day, kissing the wall in OZ2 and clouting OZ3 but holding his line and finishing strong with Hughes in close company. On the second run, with Hughes leading in the DHR / Royal Purple / Falken Tire BMW, Hughes set a tremendous pace and good line, but the judge’s decision went to Field.

The victory led Field to a next-round tussle with reigning Champion Fredric Aasbo in the Top 4. Unfortunately, things went very wrong, very quickly for Field. From his lead position, he powered into the first turn, with Aasbo trailing slightly. As Field transitioned into OZ2, Aasbo was too close and their bumpers touched, knocking Field into the concrete walls. The subsequent spin damaged all four corners on his Vette, leaving Aasbo first on the scene to apologize.

With the Norwegian at fault, Formula DRIFT rules allocate 10 minutes for the injured party effect repairs. Each driver also has an optional five-minute Competition Time Out, which Field would be able to apply. The rulebook states that if Field was able to repair the car, his Quarter Final against Aasbo could continue, with significant points deducted from Aasbo’s score. Field would then essentially just needed to have completed his run. However, since Field was unable to fix his Vette, Aasbo was eliminated for causing the accident, leading Field to the Final. But since the Field’s Vette was beyond repair, he settled for second at Round 1 win.

“It was an action-packed weekend in the Streets of Long Beach,” said Andres Cisneros, President of MW Company. “Dylan and Matt showcased incredible skill throughout the competition. We hope to keep these two on opposite sides of the ladder as they battle for the championship this season.” 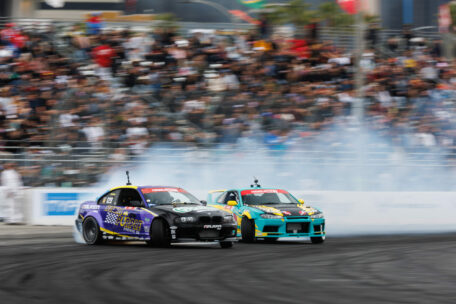 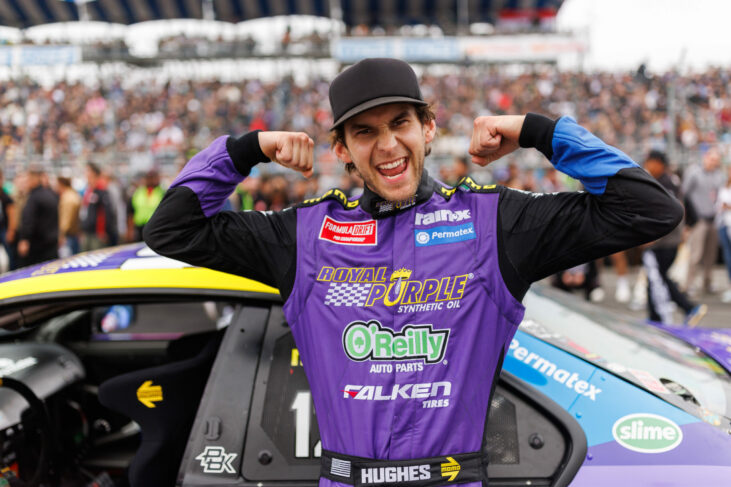 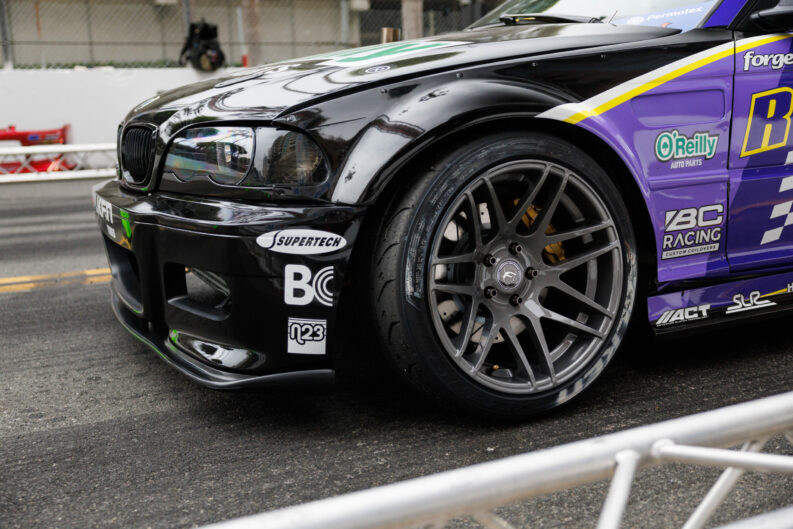 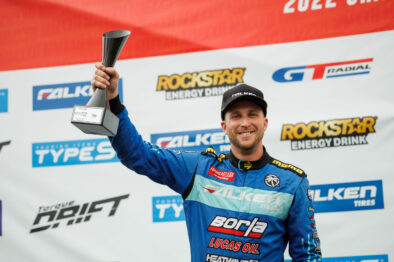 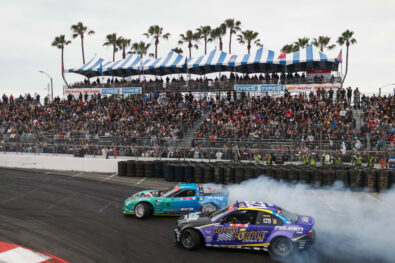 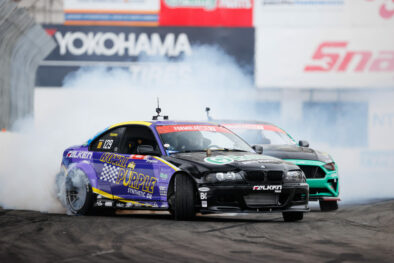 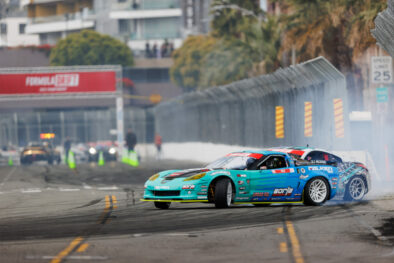 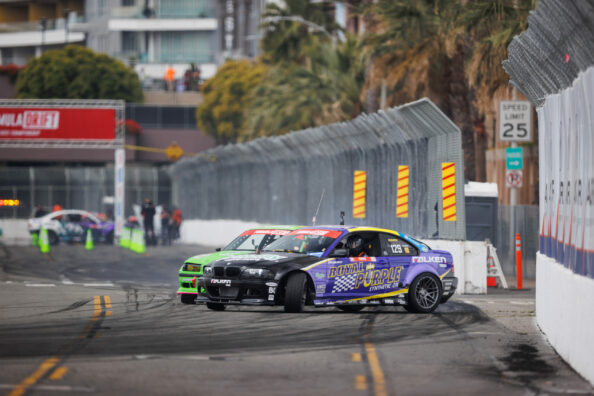 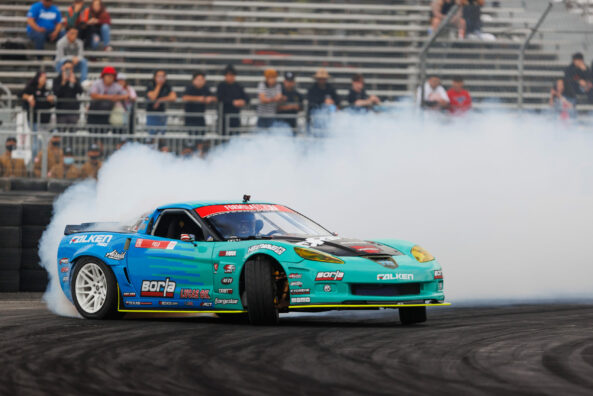 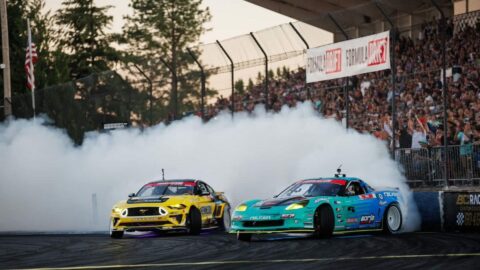 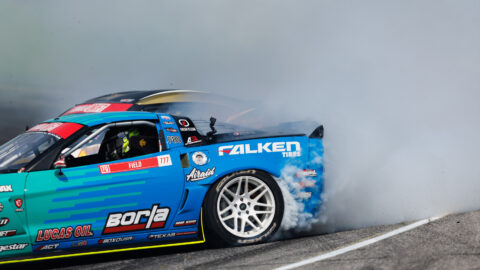 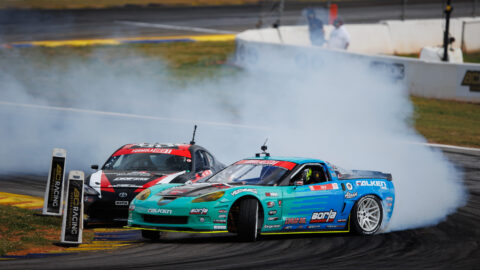 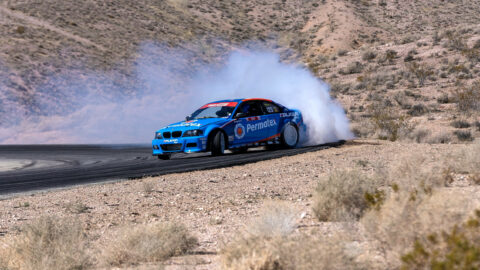