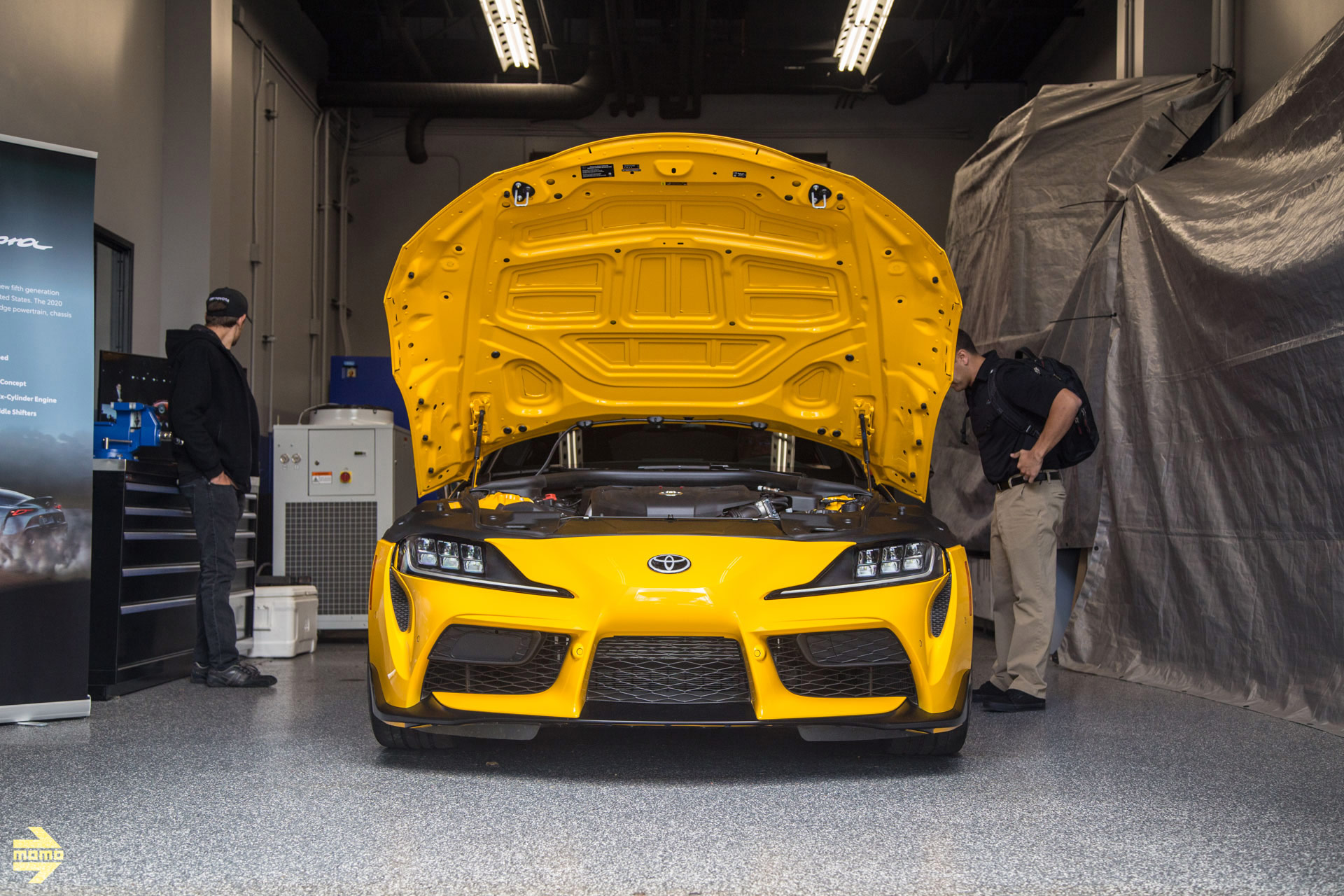 With the advent of the MOMO RF-Series wheel line and in order to meet the specific requirements set by our customers, last weekend, we held a Toyota Supra A90 measurement session. That’s right, we’re tweaking the fitment for our wheels for one of the most highly-expected and aggressively debated vehicles in the last few months. And certainly, for a vehicle gaining so much publicity and notoriety in the last several months, giving our Toyota Supra customers the utmost perfect fitment is one of the most important tasks set by our company for the year. Naturally, several wheel designs in various fitments and finishes will be available, with custom options to follow later on as well.

While The all-new Supra caused a general stir in the automotive world, the new Supra is one of the most appealing mid-level high-performance machines coming to the market today. It will feature a BMW-sourced six-cylinder engine, packing an impressive performance – albeit with less horsepower and torque than we’ve all expected. 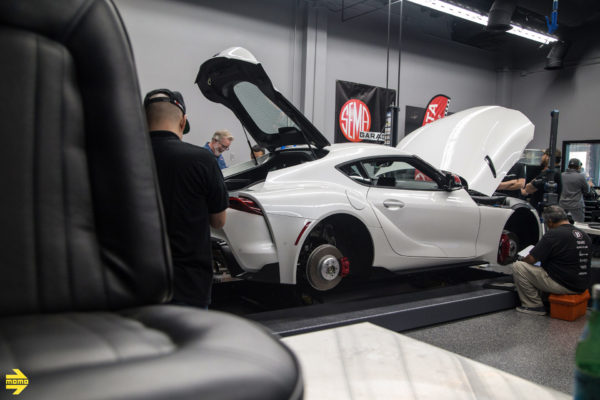 In all its existence, the Toyota Supra has always been powered by a straight-six engine. While some of the early cars were naturally-aspirated, later models were turbocharged. But whether the vehicle was naturally aspirated or came with forced induction didn’t matter. The only thing that mattered was whether or not it had six cylinders in a line. Under the hood of the new-generation Toyota Supra lies the same 3.0-liter turbocharged inline-six engine found in the European BMW Z4 M40i. It delivers 335 horsepower and 365 lb-ft of torque, just like the Euro-spec BMW Z4 (even though the Supra comes with 4 lb-ft of torque less), promising some impressive performance driving dynamics. Sure, we’d all expected more, but this engine generally tends to accept tuning modifications with ease, where we expect 500+ horsepower tuned builds to become the norm rather soon.

However, even though the new Supra will (eventually) come with a 4-cylinder engine, the mainstay of performance builds will be the rather tuning happy six-cylinder. And this means that tuning masterminds will undoubtedly push this vehicle to 1,000 horsepower levels sometimes soon.

The Toyota A90 Supra will – just like its predecessors – send power to the rear wheels through an as-standard limited-slip rear differential, the same one from the Z4 M40i. It allows it to lock between 0-100 percent in a blink and should help the new Supra be a blast to chuck through a corner. Furthermore, the Supra will come with two driving modes to play with; Normal and Sport. This is a refreshing decision in a world where every performance machine seemingly comes with about a trillion different drive-mode combinations – most of which we set up once and then forget about it. As far as the braking power goes, the new Supra will be tamed down from speed thanks to four-pot Brembos at each corner.

For the all-new Toyota Supra A90, we’re preparing something that will appeal to both die-hard JDM fans and racetrack aficionados. Our complete media gallery from the measurement session at SEMA Garage (complete with some renderings of the A90 Supra with our wheels) is available right below. For more information about the upcoming fitments and options for the A90 Supra, or if you have any other questions about our wheels, please don’t hesitate to contact us right away.